We are supporting Armed Forces Day 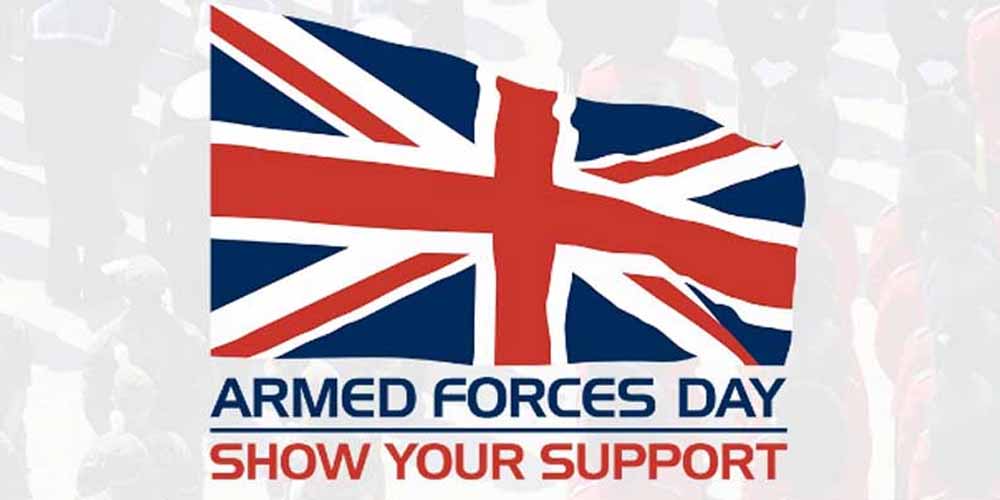 In August 2014 we signed the Armed Forces Corporate Covenant

The UK Armed Forces defend the country and its interests. Every day of the year they are busy working around the world, delivering aid, tackling drug smugglers, providing security and fighting terrorism.

In August 2014 we signed the Armed Forces Corporate Covenant. As an organisation that supports the UK Armed Forces on a daily basis, part of this commitment is to show our support for Armed Forces Day from 19th June through to 3rd July.

Supporting posters will be displayed around all of our office locations and also on Base at our Forces Financial branch locations.

Armed Forces Day is the annual national campaign that gives everyone the opportunity to show their support for the men and women of the UK Armed Forces past and present, including currently serving troops, Service families, Reservists, veterans and cadets.

Events will be taking place across the UK, enabling people to show their support, and giving a much-valued morale boost for Armed Forces personnel and their families. This year’s national event is being held in Guildford.

You can also find a full list of events happening around the country.

Robin Williams, Sales and Marketing Director, Military says, “We are delighted to demonstrate a visible commitment to members of the UK military family through being part of the Armed Forces Day 2015 celebrations. We are proud to support those who lay their lives on the line to protect the United Kingdom and its interest.”

What can I do to begin the process of arranging a mortgage before my return to UK?