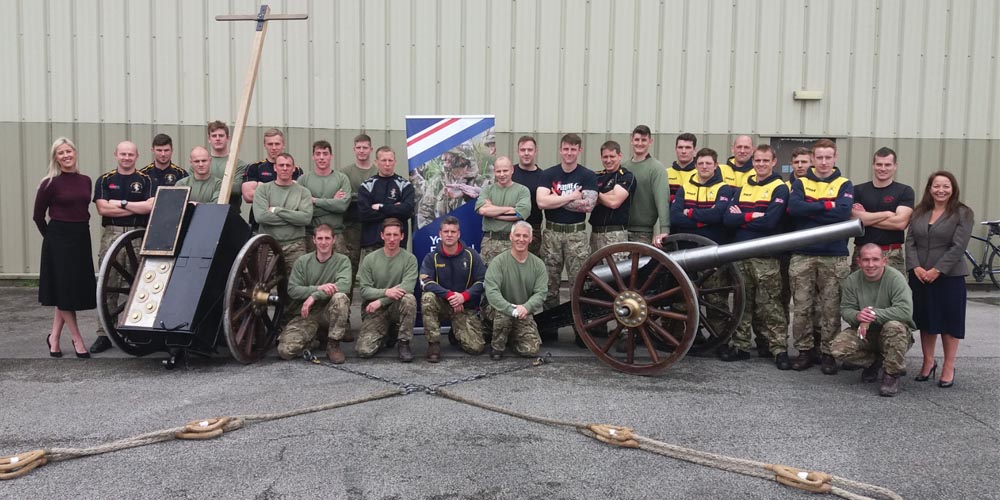 The prestigious Field Gun Competition, whose origins can be traced back to the Second Boer War, is a fast paced event requiring 18-man teams to run, dismantle, reassemble and fire a field gun in the shortest possible time

The competition, which takes place on Saturday 3rd June, will feature teams from across the UK and as far afield as Gibraltar competing for the coveted Brickwoods Trophy.

Forces Mutual are proudly supporting the Army REME Field Gun team who won the trophy in 2014 and again last year. Best of luck to all the teams involved in what is set to be a truly fantastic event!