Antigua boasts 365 of them 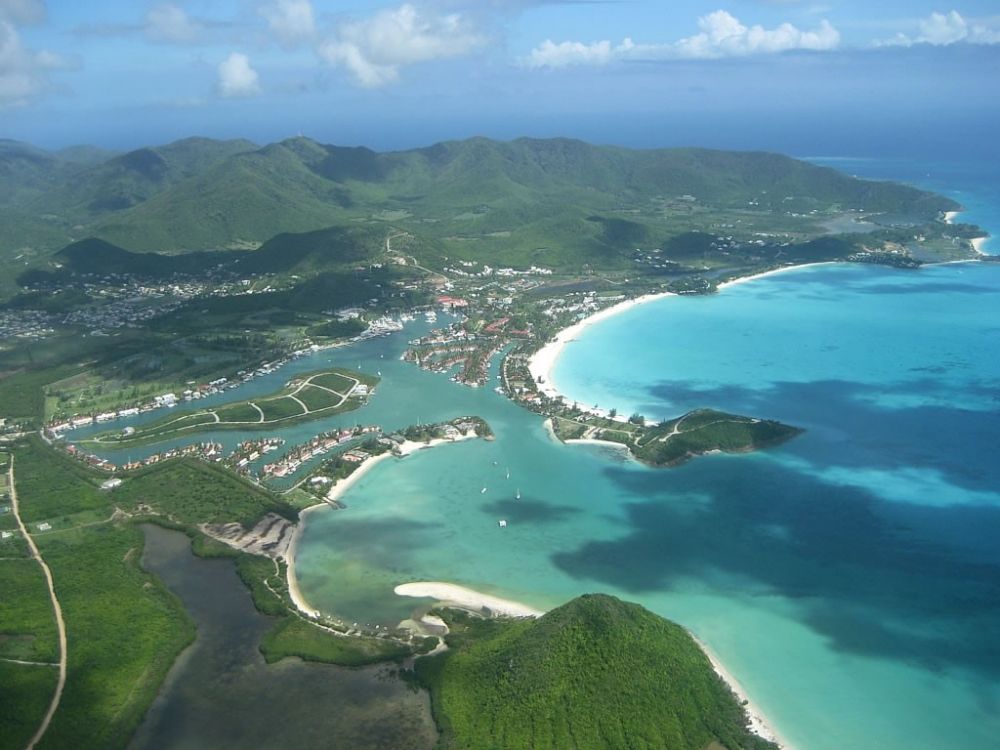 Then I highly recommend the Caribbean. I spent a good ten years of my life living in the Caribbean and I never tire of going back for a holiday. Every island is different and has its own appeal and charm and one thing for sure that’s guaranteed is the hot, sunny weather. Even when it rains, the rain is warm and the cooling trade winds make even the hottest day pleasurable.

Antigua (pronounced An-tee'ga) boasts 365 beaches, that’s one for every day of the year (literally) and made its mark on the map back in 1764 when Admiral Horatio Nelson sailed to Antigua and claimed the island as an overseas base for Great Britain.

The island is located in the middle of the Leeward Islands in the Eastern Caribbean, roughly 17 degrees north of the equator. It’s about 14 miles long and 11 miles wide and that’s roughly less than half the size of the county of Suffolk.

English speaking with a patois twist, the people are charming and friendly. They also drive on the left which makes getting out and about if you want to hire a car, a breeze.

One of the main attractions in Antigua is English Harbour which sits in the middle of Nelson's Dockyard National Park. Developed way back when Nelson made his claim, it was used as a base for the British Navy.  Abandoned in the late 18th century it has now been completely restored and is known to be the only Georgian dockyard in the world.

The other major attraction to the island is Shirley Heights with its spread of gun emplacements and military buildings. The site is named after General Shirley, Governor of the Leeward Islands when the area was fortified in the late eighteenth century and close by is the cemetery in honour of the soldiers of the 54th regiment.

The Heights offers the most breath taking view imaginable. Looking out over English Harbour whilst a steel band plays, nibbling on a jerk chicken barbecue with a chilled rum punch in your hand, is sheer magic and highly recommended!

As you can imagine there are numerous water activities to engage in. Fishing, snorkelling, boating, swimming or even learning to dive. If water sports, aren’t your bag then a spot of shopping in St John’s (the islands capital) will keep you entertained especially as there are an eclectic mix of shops and restaurants.

There’s a vast array of accommodation available. Plenty of hotels to suit all budgets and quaint rental cottages, villas and Inns.

All visitors need a valid passport and a round-trip or onward ticket. On arrival, you’ll be given an immigration form to complete.

Not required for US, EU or Commonwealth visitors.

The wettest months are September to November.

February to April is the driest period, with an average of three rainy days each month.

Antigua hosts a couple of major annual events. Antigua Sailing Week in April is the largest regatta in the Caribbean, whilst Antigua’s 10-day Carnival starts on the first Tuesday in August.

To book a trip contact the Forces Travel team for more information.

Is your house ready for the winter?