Soliders marched through Fallingbostel in North Germany to commemorate its closure 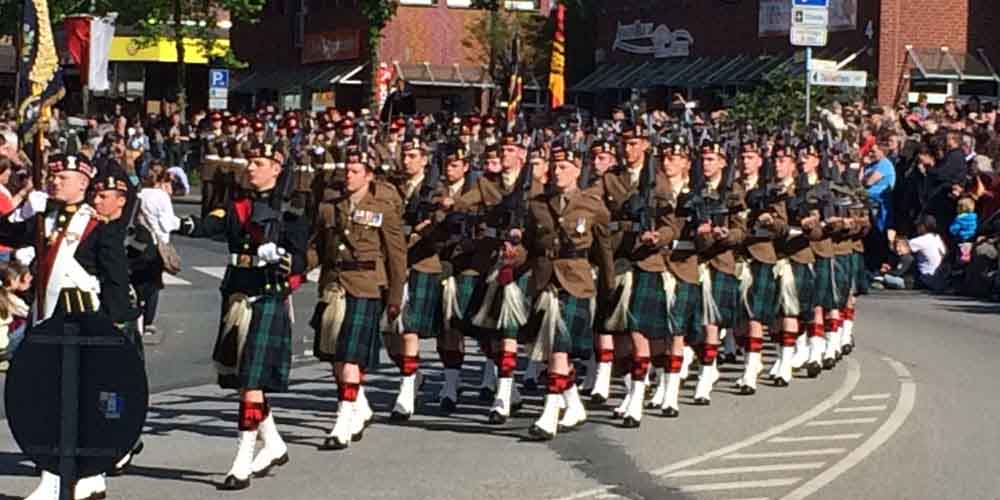 Forces Financial have had a presence at Fallingbostel for 35 years

A historic parade which saw soldiers from The Royal Scots Dragoon Guards (Carabiniers and Greys), The Highlanders, 4th Battalion The Royal Regiment of Scotland and 2 Close Support Battalion The Royal Electrical and Mechanical Engineers march through the town of Fallingbostel in Northern Germany to commemorate its closure.

Reflecting on the closure of Fallingbostel Station Colonel Andy Reynolds, Commander Bergen-Hohne Garrison, said: “Following 70 years of tremendous support it is with deep regret that we leave Fallingbostel this summer - what began in war is ending in peace and enduring friendship. We take this opportunity to celebrate those friendships and thank our German hosts who have supported us in our time here."

Forces Financial have had a presence at Fallingbostel for 35 years in which during this time, we have endeavoured to provide the armed forces family with specialist support services and travel requirements. Forces Financial staff will be relocated across the UK alongside more than 11,000 troops currently based in Germany who will be returning home by 2016.

The Fallingbostel branch will close on 31st July 2015.

Returning to the UK?

Speak with your local advisor today regards to any concerns you may have with your move back to the UK.

After all, we understand because we are going home too

What can I do to begin the process of arranging a mortgage before my return to UK?